Debate Event: What is God Like – Tawhid or Trinity? – Dr. Shabir and Jonathan McLatchie

Tonight features a follow up debate to Qadiani Nabeel Qureishi’s debate with the erudite, Dr. Shabir Ally, on the topic of Tawhid and the Trinity. 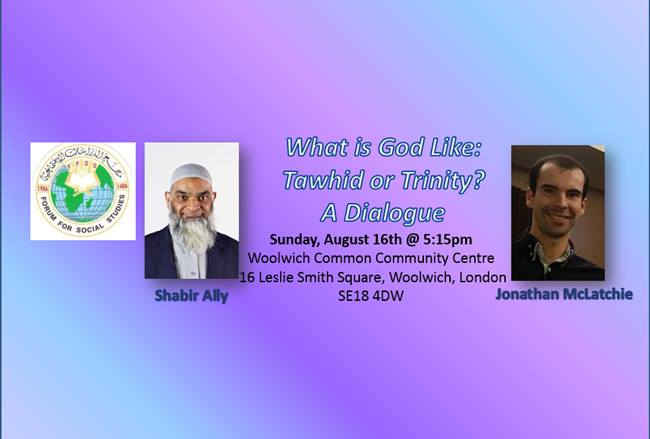 See the Facebook Event’s page here. The event will be livestreamed on YouTube, via this link. At present, I intend to do a live review of the debate as it happens, as I did with the previous debate between Dr. Shabir and Nabeel.