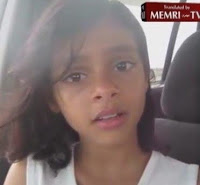 Recently, the case of an 11 year old Yemeni girl was brought to light and it has been making airwaves since. However, some persons have chosen to use this poor girl’s experience as an excuse to malign Islam. However, in appealing to the girl – she herself never blamed Islam but that of the cultural practises of her parents – in fact she even begins the very video by invoking the Islamic greeting of ‘Salaam ‘Alaykum’. Islam is clear that forced marriages are haram (read: impermissible) and that such marriages contravene Islamic law:

Mufti Ebrahim Desai says on one who is forced to marry:

If a female was compelled to consent to marriage due to fear of being  killed, the marriage will be invalid. The father is guilty of depriving his daughter of her independent right to choose her marriage partner.

In the Name of Allah, the Inspirer of Truth.
Assalamu Alaikum Warahmatullahi Wabarakatuh

All the scholars agree that “offer and acceptance” (Al-Ijaab wa al-qubool) are amongst the pillars of marriage. Both bride and bridegroom must agree to the marriage contract, in order for the marriage to be valid. Forced marriages are a misnomer (an incorrect or unsuitable name) in most cases. I don’t think many persons are “forced” to get married. What we must stress here is where someone is coerced into a marriage contract, employing both physical and emotional pressure, it is not permitted, and a highly reprehensible act.

Sure, at times, persons may have family pressures to get married to so and so, which can be termed an “arranged marriage” of some sort. One wishes not to rock the boat and gets married to this person, whilst quietly regarding it as a kind of coercion. Whilst that may be the case to some extent, Islam gives the undeniable right NOT to get married, so one should refuse quite clearly if one is not comfortable for whatever reason – this is your Islamic right.

(2) Hadhrat Khansaa Bint Khizaam (R.A) narrates that her father gave her in marriage against her wish while she was previously married (i.e. not a virgin). She came to Raulullah (sallallahu alaihi wa sallam) and he rejected the Nikah. (Bukhari).

To conclude, forced marriages where the bride or bridegroom have not agreed to marry, are not permitted or accepted in Islam. Where, the persons have been convinced and pressured into agreeing to marry a person, then the act itself may not be permitted, however the marriage itself is valid and accepted.

Lastly, Mufti Ebrahim Desai has two other fatawa, previously referenced on this website about this issue:

“Knowing the importance and sacredness of a marriage commitment, the boy and girl having consulted with their seniors and making Istikhaara, should make their own independent choice.

As well as this fatwa by the same Mufti (Islamic Jurist):

“As an adult, you have an independent right to choose your marriage partner. You should not be forced into marrying someone against your choice. Those forcing you are guilty of depriving you of your Shar’ee right and committing a major sin,

You should simply say no if you are not confident of marrying against your choice. The consequences of forced marriages are too ghastly. There are great possibilities of a marital breakdown. That will lead to disunity among many families. The matter will be clouded even more if there is a child born through the marriage. Considering the many negative consequences of a forced marriage, you should never give in to being forced to marry against your wish. It will be you and no one else who will have to bear the burdens in future. You may forward this email to those forcing you to marry against your wishes.”

In conclusion – in the case of our Muslim Sister Nada al-Ahdal, both forced marriages (as seen above) and honour killings (as detailed in this link) are completely forbidden acts in Islam. We celebrate that she has stood up against an unIslamic practise and that she has defended herself against being wronged by seeking the rightful authorities – may Allaah ta ‘aala continue to guide her and preserve her, Ameen.