As the fall out from the debate I had with Joseph Jay Smith continues, a peculiar comment was made on my video that simply had to be addressed. The comment you are about to see, exemplifies the type of Christian that is following Joseph Jay Smith.

According to this Christian fellow, Joseph Jay Smith is a Christian, and as a Christian he cannot lie. Which means that whatever Joseph Jay Smith says, will always be true. This is the kind of intellect that Jay’s rhetoric appeals to, one of deifying humans and discarding basic logic altogether. Isn’t this what cults do? You can’t question Jay, whatever he says must be right because he said it.

Missionary Mishap: The Greatest Argument Ever?

Sometimes there comes to you an argument that just leaves you…..speechless. This is one of those times.

Event: Lecture on the Preservation of the Qur’aan

I (Br. Ijaz) will be giving an exclusive lecture on Paltalk tonight on the “Preservation of the Qur’aan“. Originally,  I had planned to deliver this as a khutbah to the students at my University, but it was decided that it was perhaps a bit too technical and a bit too much for the crowd to fully value and understand. As such, I’ve decided to present it as a lecture to a live audience on Paltalk, where we’ll examine the history and nature of the Qur’aan, while highlighting some of the contemporary research about its preservation, as well as responding to and examining some of the claims against its preservation and transmission. 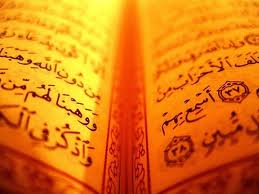 All quotes and references used are from Scientific Journals, well known and qualified Orientalist and Textual Critic scholars, the citations will be subsequently provided. Most importantly, I will be fielding a question and answer period, Muslims and non-Muslims are invited to attend the event and ask their questions. There may be a repeat of the event, given the demand after the lecture is given.

If the crowd does ask for a comparative study of the Bible, I can do so while speaking as well. Any questions not answered during the event can be sent to: