In the interest of proper Islāmic etiquette, we’ve updated our website with a link in our main menu that lists any corrections which need to be issued. While streaming on YouTube, posting on Twitter or conversing on ClubHouse, mistakes can be made. Mistakes should and need to be corrected. In the course of doing da’wah over the years, I have found that we should consistently hold ourselves to a higher standard. In the past I’ve shared posts about my errata or commented on YouTube where I’ve misspoken or misstated something. It can be difficult to see those posts or comments as time goes by. As a Muslim I want to hold myself to a higher standard, even if that means actively highlighting my mistakes and flaws publicly. This is because I value the truth of Islām over any perceived praise from anyone.

O believers! Stand firm for justice as witnesses for Allah even if it is against yourselves, your parents, or close relatives. Be they rich or poor, Allah is best to ensure their interests. So do not let your desires cause you to deviate ˹from justice˺. If you distort the testimony or refuse to give it, then ˹know that˺ Allah is certainly All-Aware of what you do.

May Allāh guide us to what is true and just.

Yours in Islam,
Br. Ijaz.

The team at Calling Christians would like to extend Ramadan greetings to our vast readership. We are thankful for your continuing support, engagement and interactions with us. We sincerely pray that this Ramadan is a source of mercy and blessings for you all, ameen.

With that said, we invite everyone to read Qur’an Made Easy, an English translation by the recently deceased, Mufti A.H. Elias of South Africa. The translation with in-line commentary is free on Amazon and can be freely downloaded using the Amazon Kindle App to your PC, Android and iOS devices.

Throughout this month we’ll be posting material exclusive to the Qur’an as we want to focus on the Qur’an during…the month of the Qur’an.

Alhamdulillah, the tour has wrapped up successfully and I’m back in the land of the Trinity, Trinidad. The next few posts on Calling Christians will focus on my experiences with Islam and Muslims in Toronto, the debates, the dialogues, interactions with Christian missionaries and apologists, I’ll also be commenting on a few negative incidents that occurred in Toronto. It’s important to highlight both the good and the bad, as is natural, the good outweighed the bad, but nonetheless, the bad must also be commented upon. There’s a lot to be published and commented on, so do excuse me for the lull in posts, I’ll be sure to make up for that in the upcoming posts about my Toronto adventures.

You can send in your questions while the programme is live via:

There’s been a surge in commenting within the last two months or so, our previous policy was to approve each comment individually. However, that takes a lot of time to read through and approve. This policy was initially introduced after receiving aggressive, obscene and insulting comments from angry missionaries. However, the community on Calling Christians seems to have moderated themselves and the discussions have become very pleasant and respectful. With that in mind, the previous commenting policy has been rescinded and users no longer need individual comments to be approved. What this means is, if you’ve had a comment approved at least once then when posting, your comments no longer need approval. They’ll be automatically approved.

While comments will be automatically approved, if the moderators see it fit to remove a comment, they will do so. We ask that users be respectful in their dialogue and to adhere to expected standards of decorum.

Br. Akbar Sidi was a founding member of Calling Christians. I came to know him while giving da’wah to Christians online. For many years we worked together and he supported my da’wah efforts greatly. He introduced me to the brothers and sisters that eventually went on to found Calling Christians. Due to him, I was inspired to converse, dialogue and debate with missionaries. At the moment I am lost for words. However, what I will say is that he is perhaps one of the greatest Muslim men I have ever known, his faith was steadfast and despite his old age he strove in the path of Allah by giving da’wah everyday, and true to character he also did so in the hours before his passing.

May Allah forgive him of any misgivings and grant him Jannat al Firdous, Ameen.

I am Akbar Ali Sidi by name. Born in 1951 on the 1st of June. Born in a Muslim family, married with four children. Three of those children are already married. I worked for the Bank of Baroda briefly after completion of my high school but took up my favorite career in auto engineering. I then joined the Kenyan police force and did part time service to my country for 12 years. Presently, I’m in auto repairs in my small workshop. 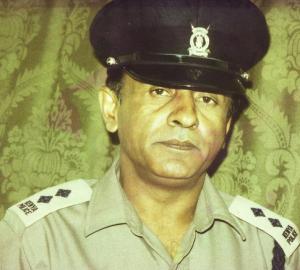 Educated at Consolata Catholic School where I did Bible studies as one of the compulsory subjects. The school was run by Italian priests. My mentor in Bible studies was the late Father Tosillini who was also the Principal of the school. In those days I was convinced that the only true religion was Christianity. I was so involved in Bible studies that I had opted to enroll in a Christian Bible Seminary College for further studies in the Bible. But due to financial strains I was not able to. All my religious discourses involved the Bible.

I therefore opted to be employed and joined Bank of Baroda where I worked for three years. I then opened my own workshop and it was during this time that the turning point in my religious views began. The person responsible for this was none other than the late Sheikh Ahmed Deedat who at that time was on a brief visit to Kenya. I enrolled in his classes on Comparative Religions that is: Islam and Christianity. My main interest was to hear his views on the Bible. Our first lecture was on the Crucifixion of Jesus. Contrary to what I had believed he convinced me beyond no doubt that it was a false concept in Christianity. This was followed by lectures on Trinity which he again proved to be a false doctrine. 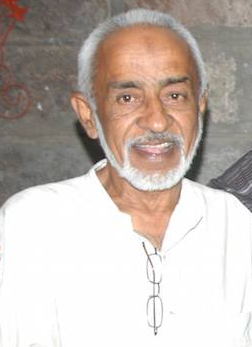 It was at this juncture that I started looking keenly at my birth religion with renewed interest. I started talking with various Christian friends on the Bible and Quran showing the superiority of the Quran on the Bible. From then on I have been involved in debates with the Christians. Alhamdulillah to have been born a Muslim and that is why I debate strongly on the internet (Facebook, with them).

On the passing of our elder brother AKBAR ALI SIDI, familiarly known as BABU:

Br. Akbar collapsed this morning soon after waking up from his bed. Unfortunately, he passed away while being rushed to the hospital.

Janaza prayers will be at Masjid Nur Mosque in South C at the time of Asr prayers (4 p.m.), burial thereafter at the Langata Cemetery.

Posted on December 20, 2011 by Ijaz Ahmad Leave a comment

I would love to announce the launch of CALLINGCHRISTIANS.COM . For sometime now this former blog on theology has grown from a few hits per day to 10,000+ unique views. With the success of the numerous articles, debates and dialogues that have occurred through our da’wah, it was decided that we should dutifully expand our operations (that means more articles, debates, contradictions, rebuttals!). We will continue with our modus operandi of debating, dialoguing and discussing theology in light of Islam. We ask that you support us and share our articles, videos and debates insha Allaah (God Willing).

Please feel free to contact us on our progress, articles, debates by clicking here.
and Allaah [God] knows best.

As Salaamu ‘Alaykum, as some of you would have noticed, the blog’s theme recently changed and there have been a few notable alterations as well. Over the next week significant and more bold changes will be taken to enhance this blog’s readability, visibility, quality and content. The major changes will be rolled out over the months of December (2011) to January (2012), as for now, here are a list of the minor changes:

Over the next few days the major changes will be rolled out bit by bit, and a post will accompany every major change that is made.  Keep us in your du’as insha Allaah.