Islam: The Path of Appreciation and Thanks in Brotherhood

Human relations is perhaps one of the most difficult and treacherous roads in navigating this life of ours. Man is easy to offend, difficult to please, stubborn to forget. There is a truth which Satan the accursed has spoken, whether one chooses to believe in him or not, it is a truth that can be seen and understood by every man, he says:

“Then I will come to them from before them and from behind them and on their right and on their left, and You will not find most of them grateful [to You].” – Qur’aan 7:17.

It is true that most men are not grateful to God, or that higher power they ascribe to, what some men today call the Universe. Some call it karma, what goes around comes around, an ironic if not cynical cycle of self debasement without realization. Whatever it is that men ascribe to, by and large they are difficult to please and are generally ungrateful to themselves, others and that which they worship or hold to be the power which holds the worlds together. One of the most successful books of the 20th century focused on this very topic, human relations and navigating them. Written in 1937, Dale Carnegie’s “How to Win Friends and Influence People” focused a great deal on advising men in this regard. It is regarded as a must read, and quotes from some of history’s most famous personalities on acquiring the skills needed to establish meaningful friendships and practising empathy towards our fellow man. In reading the book, it mentions:

The book goes on to mention:

I have among my clippings a story that I know never happened, but it illustrates a truth, so I’ll repeat it:

According to this silly story, a farm woman, at the end of a heavy day’s work, set before her menfolks a heaping pile of hay. And when they indignantly demanded whether she had gone crazy, she replied: ‘Why, how did I know that you’d notice? I’ve been cooking for you men for the last twenty years and in all that time I ain’t heard no word to let me know you wasn’t just eating hay.’

When a study was made a few years ago on runaway wives, what do you think was discovered to be the main reason wives ran away? It was ‘lack of appreciation.’ And I’d bet that a similar study made of runaway husbands would come out the same way. We often take our spouses so much for granted that we never let them know how we appreciate them.

A member of one of our classes told of a request made by his wife. She and a group of other women in her church were involved in a self-improvement programme. She asked her husband to help her by listing six things he believed she could do to help her become a better wife. He reported to the class: ‘I was surprised by such a request. Frankly, it would have been easy for me to list six things I would like to change about her – my heavens, she could have listed a thousand things she would like to change about me – but I didn’t. I said to her, “Let me think about it and give you an answer in the morning.”

“The next morning I got up very early and called the florist and had them send six red roses to my wife with a note saying: ‘I can’t think of six things I would like to change about you. I love you the way you are.’

“When I arrived at home that evening, who do you think greeted me at the door: That’s right, my wife! She was almost in tears. Needless to say, I was extremely glad I had not criticised her as she had requested.

“The following Sunday at church, after she had reported the results of her assignment, several women with whom she had been studying came up to me and said, “That was the most considerate thing I have ever heard.” It was then I realised the power of appreciation.’ 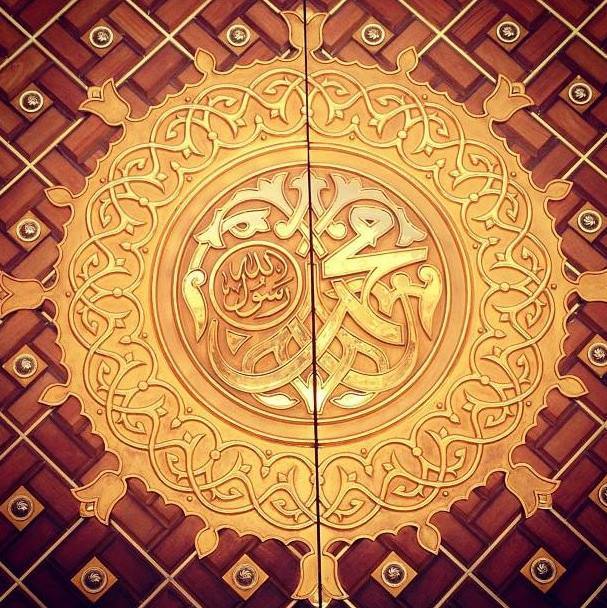 This sublime Prophet narration is graded as authentic by the scholars of hadith. It is the mark of a great mind, a great man to elucidate the masses by enunciating the wisest of teachings in the simplest of ways. What this Prophetic narration proposes, is that gratefulness, appreciation, thanks to our fellow man is needed to establish a relationship with the Creator, the Lord of the Worlds. That is the most important relationship anyone can have, and to achieve this, one must appreciate his brothers, sisters, spouse, friends, parents – everyone. This is all that anyone has to say on the matter. An entire book is not needed. We can extract more of such beautiful teachings from among the Prophetic narrations:

Appreciation comes in many forms, not just in mere words. The Prophetic narrations mention:

The Prophet (ﷺ) said, “A man felt very thirsty while he was on the way, there he came across a well. He went down the well, quenched his thirst and came out. Meanwhile he saw a dog panting and licking mud because of excessive thirst. He said to himself, “This dog is suffering from thirst as I did.” So, he went down the well again and filled his shoe with water and watered it. Allah thanked him for that deed and forgave him. The people said, “O Allah’s Messenger (ﷺ)! Is there a reward for us in serving the animals?” He replied: “Yes, there is a reward for serving any animate (living being).”

The Prophetic example has emphasized the importance of appreciating others in words, thought and action. If we wish to adhere to the command of God, we must adhere to the Prophetic example of Muhammad ﷺ. Whether you are a Muslim, or not, this is indispensable advice as articulated by him, or as later given by men throughout history. Either way, one can only benefit from the path of appreciation and giving thanks to others.

tagged with adab, appreciations, gratefulness in islam, islam, Muhammad, thanks, thanks in islam, the path of the prophet, the prophetic example, zuhd