I recently came across a Christian missionary who hides behind the moniker of ‘Radical Moderate‘. One of his arguments concerning the transmission of scripture before transcription was commonplace, is that Oral transmissions are worthless and wholly inaccurate. I beg to disagree based on my studies. For people who make such a statement, we must ask them, before textual transmission existed, did civilizations exist? For large groups of humans, or even small groups of humans to live together and understand one another – they had to communicate. 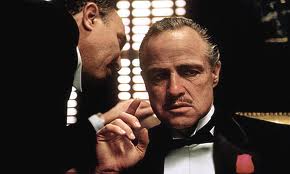 Civilizations contain thousands if not hundreds of thousands of persons over several thousand, hundred or decades of years. Their structure, religions, politics, arts, government relied on communication. Seeing as a majority of all peoples were illiterate, their primary form of communication was aurally and orally. Let’s take into consideration the argument that oral transmissions are inaccurate.   For civilizations to maintain their order, they had to have consistent and constant communication between all arms and segments of society. A breakdown in communication would cause a disruption of harmony and bring the civilization into chaos. Since we know civilizations last decades, centuries etc, then in lieu of proof by contradiction, the method of communication solely through oral transmission is proven to be accurate and worthy.

It is highly improbable that human communities could have existed since time immemorial, without conveying knowledge from one generation to another without a reliable form of transmitting information. For example, what foods to eat or not, since peoples were mostly nomadic, this is important. More examples would be the recipes for medicinal cures, stories of the ancients and even methods of food preparation. They very fact that knowledge, was transmitted without need for books or text, for centuries, if not thousands of years before writing became commonplace, then it is clear that oral transmission is a very accurate form of transmitting data. To disprove this, then one would simply have to claim that no information was ever accurately conveyed throughout generations of human civilization – which is impossible, ergo proof by contradiction substantiates my argument.

Sadly, for those who are unlearned and choose to persist in their ignorance, they commit to anachronistic reasoning and claim that oral transmissions are wholly unreliable. Perhaps, in our times this is the case, we are a world that has been exposed to textual transmission as a cultural norm for centuries, whereas for the majority of human existence this was not the case. Clearly, the minority of human civilization, does not negate the majority. We read from Catherine Hezser the following:

“In the three synoptic Gospels all communication between Jesus and his disciples, sympathizers, and local Jewish communities is conducted orally. In order to spread his message and reach a larger number of people, Jesus and his disciples are therefore said to have constantly traveled, especially within Galilee, but also between Galilee and Judaea, at least at the beginning and end of his career.”

“In antiquity, when no telephones, postal services, and internet connections existed, the  transfer of information and knowledge depended on direct or indirect contacts and personal mediation. If one wanted to ask someone’s advice or tell him or her something, one would either  have to go and visit that person oneself or send an oral or written message through an intermediary.”

“Nevertheless, it becomes clear that written communication was considered more official and forceful than oral messages but at the same time prone to falsification and misuse. Oral messages, on the other hand, were used in more urgent and confidential circumstances. They may also have been considered more honest and reliable, if one could trust the bearer or force him to reveal the sender’s true intentions.”

“It therefore seems that only Luke, who lived and wrote in a Hellenistic (and probably upper-class) context, would automatically assume that Jesus and other important early Christian figures could read and that he was literate. In Mark and Matthew, on the other hand, the emphasis is very much on Jesus’ oral teaching, whereas reading and writing are never mentioned.”

– Oral and Written Communication and Transmission of Knowledge in Ancient Judaism and Christianity, by Catherine Hezser.

From this, we must understand that if an Evangelical inerrantist holds that the eyewitnesses were the authors of the NT gospels, and we know that they wrote them or transcribed them after the Pauline epistles were written, post 65 CE, then they had to recall every single statement Jesus transmitted for more than 32 years in great detail before transcription. Therefore our missionary friend, implicitly accepts that oral transmission is an accurate form of preservation of information. As for whether or not, oral communication is the worse form of the preservation of data, we read the following from Irving Fang’s, “A History of Mass Communication”:

“The gathering of knowledge in a way that might be characterized as an information revolution had its faint beginnings in the Hellenic world during the eighth century B.C., when the Phoenician alphabet took root in Aegean soil. It was the period after the Greek emergence out of the Dark Ages.

Because of the alphabetic script and the availability of papyrus, the Iliad and the Odyssey, the epic poems of Homer, recalled and repeated orally for the previous four centuries by storytellers, were at last written down.”

Finally, we read that due to oral transmission, for over 4 centuries, great Graeco works were preserved! In light of all this evidence, it is nothing short of absurdity to claim that oral transmission is unreliable.