2013 is going to begin with a blast. Long time rival, CL Edwards of ‘Calling Muslims’, has opted to debate me on the personhood of Christ. The topic is, “Jesus the Christ, Man, God or Both?“. We’ll be having the debate via Paltalk Room, “Answering Christianity“, for information on the download and usage of Paltalk, click here. We’ll be having it on Saturday, 12th January (2013). It’s an oft-repeated topic, but it is the most important as well. Christ is centric to both the Islamic and Christian faiths, his position in either, as Christ is certain, but whether he is more or not is up for much discussion. I do hope to raise several interesting arguments, and some new ones as well. Allaah willing, I hope to present some fresh, new and exciting perspectives on the personhood of Jesus the Christ, ‘alayhi as salaatu wa salaam. My opponent, CL Edwards and I have had a long, but thrilling history which you can read of here. CL is an apologetics student, he’s appeared on ‘Jesus or Muhammad’ with Sam Shamoun and runs a blog on Christian apologetics. I look forward to seeing the arguments he is able to present.

As some would recall, my previous public debate incited a flurry of controversy due to my referencing of the Holy Prepuce. My opponent at that time couldn’t handle my use of historical data and decided to ‘attack‘ me with a counter claim of Allaah ta ‘aala having ‘genitals’ (far removed is He from such claims). Unfortunately for him, the information he used in his video was stolen from a Muslim website and the proprietor of website, refuted the Christian himself. Will this debate incur such controversy? I don’t know, but I do wish that it will provoke much inter-religious dialogue as the last one did, but perhaps with a little less genital talk. To find out the exact time use this easy to use website, just remember it’s 9 PM EST. 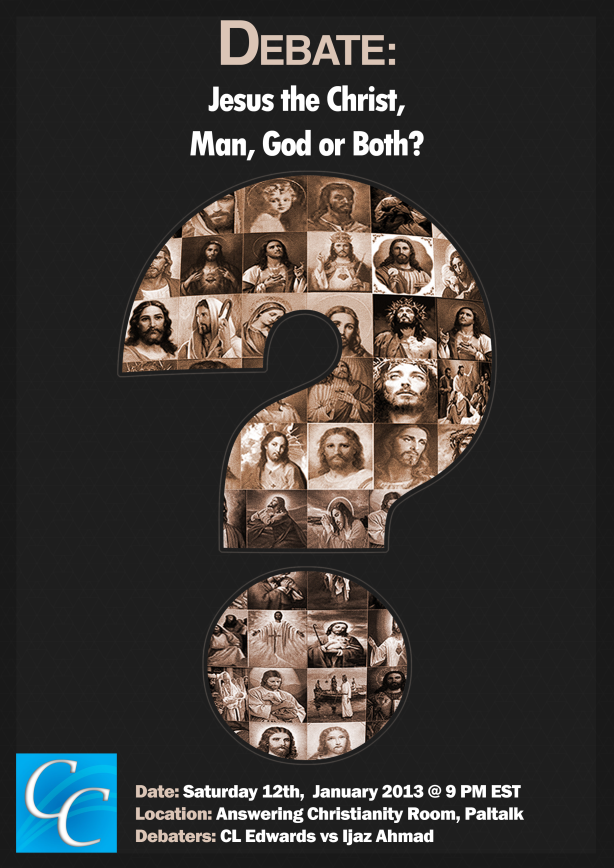