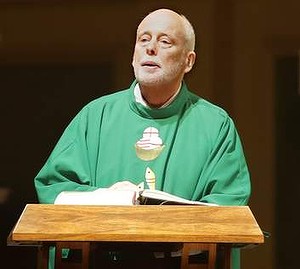 A leading Australian priest who sexually preyed on a disabled and vulnerable woman on Sydney’s north shore for 14 years has been allowed to return to preaching and running community groups at one of the nation’s busiest churches.

The recent decision by the Catholic Church to allow Father Tom Knowles to return to full duties at St Francis’ in Melbourne’s central business district after about 16 months of “administrative leave” has outraged his victim and victims’ groups. Father Knowles’s reinstatement comes after the church apologised to Jennifer Herrick, paid her $100,000 in compensation and acknowledged “the harm that can be caused to vulnerable people in such a case”.

Ms Herrick’s story highlights a rarely exposed facet of church abuse: vulnerable adult parishioners who are targeted by their priest for a sexual relationship.

– Read the full story and get more details at the Sydney Morning Herald’s Website.

A report about child sexual abuse in the Roman Catholic Church in Germany, based on victim accounts and released by the church this week, showed that priests carefully planned their assaults and frequently abused the same children repeatedly for years.

The report, compiled from information collected from victims and other witnesses who called a hot line run by the church from 2010 until the end of last year, includes the ages of the victims, the locations of the assaults and the repercussions they have suffered since. The accounts were provided in 8,500 calls to the hot line; they are not representative of abuse cases over all and cannot be individually verified. The church said the report contained information from 1,824 people, of whom 1,165 described themselves as victims.

Germany’s bishops have vowed a thorough and impartial investigation into the abuse. Bishop Stephan Ackermann of Trier, who is looking into abuse cases for the German Bishops’ Conference, told reporters after the report was released on Thursday that it served as an example of that intention.

– You can read the full article at the New York Times Website.

Answering Muslims and Acts17 are Christian Apologetics Ministries that are infamous for creating propaganda against Islam. David Wood, Anthony Rogers and Samuel Green are what I would consider to be the main proponents of these organization’s workings. Yet, I was thrown off balance by a shocking admission by Samuel Green via a Facebook article written by Calling Christian’s team member, Br. Azhan Ahmed on the topic of Muhammad [saws] and Paedophilia:

That’s a revelation by itself. Samuel Green openly disagrees with the views of David Wood, Sam Shamoun, and the rest of the Answering Muslism team, Acts17 team and the Answering Islam team. Samuel Green is known for his debates against numerous Muslim Da’ees in Australia and he is also known for associating with missionary groups organized for the sole purpose of Ministering to Muslims. Therefore, when he reneges on a view not only held by his closest Missionary friends, but by 3 other organizations he’s involved with, that speaks volumes. We look forward to Samuel Green’s further discussion on this revealing news, we also look forward to David Wood’s take on one of his writers disagreeing with what is considered to be a standard belief among his peers.

Does this represent dissension among the ranks of Answering Muslims and Answering Islam? Would Samuel Green be publicly refuted by his peers, or would he be forced to recant such statements? I can’t say what will happen, but this is overall good news for Islamic da’wah.

Posted on September 22, 2012 by Ijaz Ahmad Leave a comment

A revealing tale of sex abuse in the Australian Roman Catholic Church, has been making waves today. Apparently this abuse stems as far as the 1930’s! The Raw Story reports:

The Catholic Church in one Australian state has revealed that at least 620 children have been abused by its clergy since the 1930s, sparking a fresh call Saturday for an independent inquiry.

The Catholic Church in Victoria revealed the number in a submission to a state parliamentary hearing on Friday but said the instances of abuse reported had fallen dramatically from the “appalling” numbers of the 1960s and 1970s.

“It is shameful and shocking that this abuse, with its dramatic impact on those who were abused and their families, was committed by Catholic priests, religious and church workers,” Melbourne Archbishop Denis Hart said.

Rights groups however, according to this BBC report, believe the number of molested and abused children by the Church clergy number closer to over 10,000 victims in one county alone:

In a statement, Archbishop Hart said it was important to be open “about the horrific abuse that has occurred in Victoria and elsewhere”.

“We look to this inquiry to assist the healing of those who have been abused, to examine the broad context of the church’s response, especially over the last 16 years, and to make recommendations to enhance the care for victims and preventative measures that are now in place,” the statement said.

Campaign groups say that many cases of abuse have gone unreported, and they believe the true number of victims is closer to 10,000 in Victoria alone.

Abuse of children by Roman Catholic priests has been a major issue in Australia recent years.

Islamophobes on the other hand, claim Islam to permit paedophilia, yet I haven’t seen a single news report indicating almost 90 years of abuse to over 10,000 kids in one county/ district in any country. These people need to take their blinders off and realise they are projecting their guilt unto Muslims, so that they can avoid facing reality, that they belong to the world’s single handedly largest paedophile endorsed religious institution.