During the Christmas season, many celebrate the birth of Christ, the incarnation of God as something unique and unprecedented. It’s an incarnation of God that brought about the new covenant, allowing Christ to die for our sins and grant us eternal life. Or so that is what is said. There is however, nothing unique about God becoming incarnate from a Christian perspective, theophanies or the appearance of God in various forms throughout the Old Testament is a common and well-known theme, therefore it begs the question as to why any Christian should consider the incarnation to be a unique, once in a lifetime event. 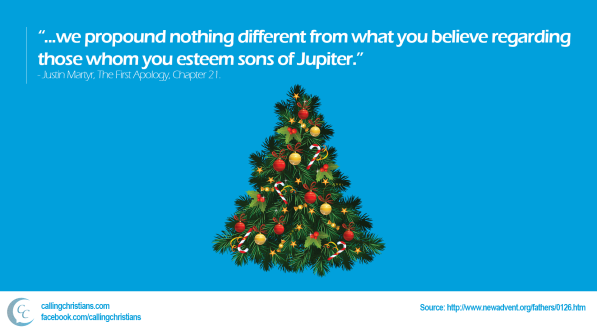 As already established in an earlier article, the date of Christmas itself is not Biblically based1. Those who hold to the December 25th date are merely doing so out of tradition and culture, as opposed to Christian beliefs or rites. While some may believe that there is some religious, Biblical basis for the celebration of the birth of whom they consider to be God, at no point in the New Testament (or early Christian documents) do any of the authors ever indicate that the disciples, apostles, presbyters, or patristics ever commemorated the birth of Christ himself.

Divine manifestations and revelatory experiences of the latter sort are commonly called theophanies (i.e., appearances of God). One of the most important forms that theophanies take in the OT is that of the Malak Yahweh, commonly translated as “the Angel of the LORD” or “the Angel of Yahweh”. According to the Old Testament Scriptures, this figure is an appearance of Yahweh in human form.2

The author identifies this Angel of Yahweh as being Jesus in no uncertain terms:

The earliest Christians, as well as many other Christian worthies throughout the centuries, have also viewed the Malak Yahweh as a distinct divine person within the Godhead, further explicating it as a Christophany, that is, an appearance of the pre-incarnate Logos or Word of God – the Lord Jesus Christ.3

In the Book of Genesis, it records the myth of Abraham’s meeting with three men who were the God (the Lord) in human form:

The Lord appeared to Abraham by the oaks of Mamre while he was sitting at the entrance to his tent during the hottest time of the day. Abraham looked up and saw three men standing across from him. When he saw them he ran from the entrance of the tent to meet them and bowed low to the ground. He said, “My lord, if I have found favor in your sight, do not pass by and leave your servant. – Genesis 18:1-3.4

In conclusion, as it pertains to Christmas, the celebration of a unique incarnation of God is unremarkable. According to Christian beliefs, Christ was already incarnate in an earlier time and so the advent of the birth of Christ is not and should not be considered unique or something worthy of celebration unless one were Muslim. In the Islamic case, we do have reason to believe that Jesus’s birth was unique, that his birth manifested itself through the will of God, a birth without a father. While we do not celebrate Christmas under false pretenses, we do however have more of a reason to consider his birth unique and miraculous than our Christian brothers and sisters. 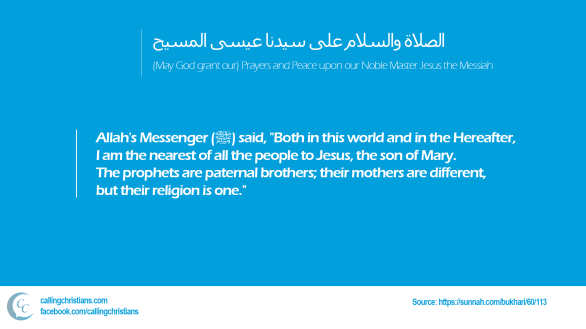 Jesus in Christianity and Islam: Rowan Williams and Paul Williams

Posted on February 24, 2013 by Ijaz Ahmad Leave a comment

A few days ago our esteemed Br. Paul Bilal Williams and Lord Rowan Williams had a discussion (I must emphasize that this was not a debate) on the topic of Jesus in Islam and Christianity. The intention of the discussion was to unite Muslims and Christians on a common, positive and good understanding of Jesus the Christ. Worth the watch simply because of the two names involved!

Jesus in Islam and Christianity, by Br. Paul Williams and Rowan Williams

Our beloved Br. Paul is having a two part lecture with Dr. Rowan Williams concerning the personhood and deity of Jesus the Christ as it exists in Islam and Christianity. Below are the details taken from his website.

Cambridge University Islamic Society are hosting an exciting new event featuring two presentations about ‘Jesus in Islam and Christianity’. The aim is to give a ‘overview of the similarities of the beliefs in Jesus in Christianity and Islam.’ I have been invited to approach the topic from the Islamic perspective, and the other speaker, The Rt Revd and Rt Hon Dr Rowan Williams, will be approaching the topic from the Christian side (in a manner of information/discussion and not debate). Dr Williams was the Archbishop of Canterbury until last month. Emmanuel College, Cambridge will be the venue. Both speakers and the venue have been confirmed. Further details to follow…

I feel humbled, privileged and quite unworthy to have been invited to share a platform with such an eminent person.