In continuing his diatribe against Muslims, Jonathan McLatchie has shared a very spiteful video about Muslims. Before sharing this video, I asked Jonathan about his position on the statements in the video he shared:

Jonathan’s xenophobic response was as follows:

if you follow the example of Muhammad, then yes.

He then proceeded to no longer respond to questioning about his behaviour and hateful view of Muslims.

Previously, using publicly verified information by the US Government and international news agencies, we crunched the numbers and found that ISIS represented exactly 0.001% of all Muslims worldwide. How then, can Jonathan hold to his racist, xenophobic and hateful view of Muslims, when 99.999% of Muslims disagree with and are not part of the ISIS terrorist group? In Jonathan’s hateful eyes, 0.001% “Muslims” are the same as 100% of Muslims. 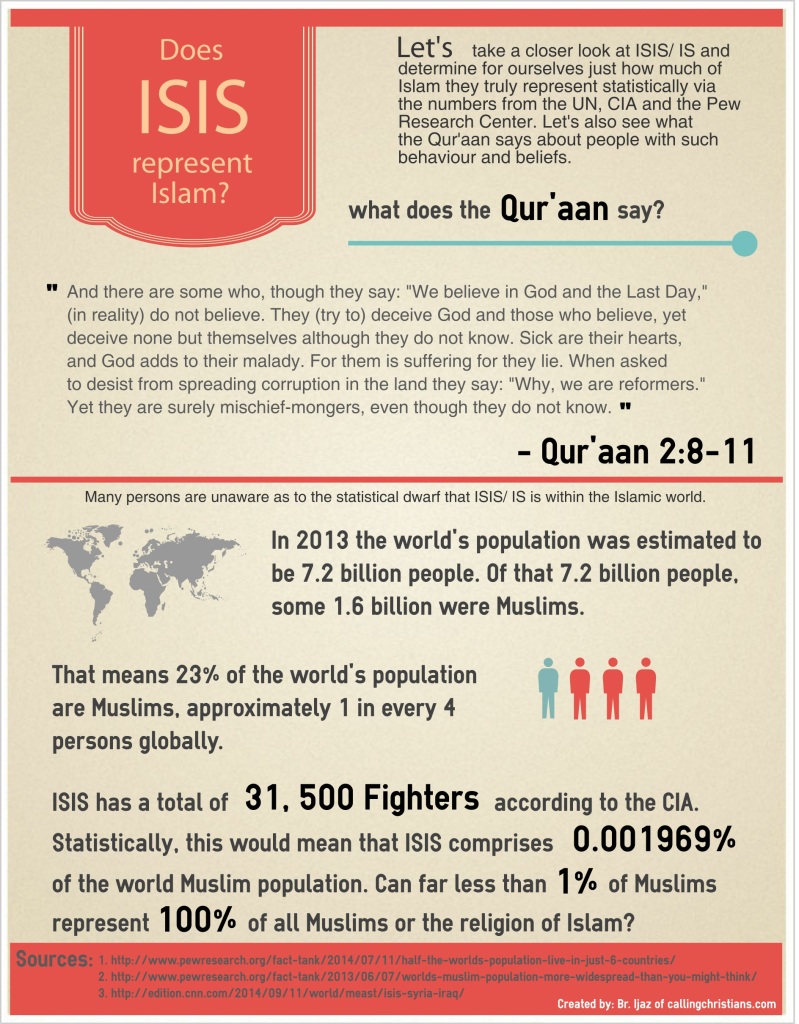