An Open Letter to Samuel Green from Yahya Snow

Note: The following is an open letter to Samuel Green as posted by Br. Yahya Snow as is found on his website. 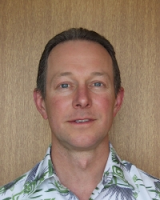 I’m writing to you with some great concern as I notice you are still listed as a contributor on answeringmuslims.com.
Recently I visited the Answering Muslims blog and on the front page I noticed two obscene postings which a regular Christian missionary would find to be incompatible with Biblical teachings and evangelism. I assume you are indeed somebody who is solely interested in discussion with Muslims with an intent on Christian evangelism.
Now you may be wondering as to which posts on ‘your’ blog I found distasteful and anti-Christian. Well the first was a post which contained a video of a ‘gang rape’. I did not view the video at all and nor would I recommend you or anybody else view such material. However, I did read about the contents of this sexual assault video and denounced such postings – see here.

This is of course something that one would not expect to be viewing on a site which is supposedly upholding and preaching the Gospel. I trust you are with me on this assessment.

The other video was of a bikini model (who happens to be a Muslim). Again, what is the purpose of such a posting? I understand your colleagues, David Wood and Sam Shamoun, do go to extreme lengths to bash/goad Muslims but surely this is not compatible with the Bible and is only undermining your evangelical efforts.

In the blogosphere, folk such as David are heavily dependent on viewers and attention as it’s directly linked to their earnings. There must be a line drawn between indecency and attention-grabbing.

The two posts I have outlined to you are indeed indecent by any definition and are not unprecedented as some while ago I did post about a similar incident concerning ‘your’ site:

Rather perversely it reflects on the regard the administrators of ‘your’ site hold their followers (largely Christians who are anti-Muslim/Islam?). I mean, why in the world post such vulgar material if you didn’t feel that’s something your viewership/readership would lap up? It speaks volumes in how ‘your’ administrators view their supporter’s general level of morality…don’t you think?

I know Mr Wood is not the most Biblically-observant Christian – as evidenced by his flagrant disregard of Deut 22:5 here –  however that’s no excuse for him to overstep boundaries of decency and nor is it an excuse for other Christians (especially other contributors such as yourself, Anthony Rogers and Hogan Elijah Hagbard) to at least have a word. It only takes folk to sit on their hands for evil to go unchecked.

I would also like to point out –I haven’t seen such material on sites governed by serious Muslim representatives/apologists. I mean, if I was to frequent sites ran by Bassam Zawadi, Ali Ataie, or Dr Shabir Ally. I would not see such videos.

I understand Dr Nabeel Qureshi has left that site – he from what I recall would have at least had some sympathy for such concerns. I trust you will have similar sympathies and hope you do offer some sort of action to ensure posts such as these are no more.

I would also recommend you view two of the most outrageous distortions to simply insult the brother of Prophet Jesus (Prophet Muhammed pbut) that I have come across in recent times – propagated by your colleagues. Nobody with any sort of commitment to truth and fairness would support support or propagate suchlike.

You see Samuel, as Muslims we understand that you may want to discuss and even proselytize to us but there is no way base-lies and distortions which are simply geared towards hurting Muslim sensibilities are going to go un-rebuked or un-condemned.

PS: I would try to communicate with Mr Wood but he seems to be one for keeping his viewers away from anything which is criticizing or refuting of him. I guess censorship is his shield for now. Whatever happened to having rebuttals, strong argumentation and logic as a response. He has censored at least two different individuals who have presented him with links showing his cross-dressing argumentation to be nothing but a mischievous stretch.

Again, I invite you to take a stance.

I would also like to take this opportunity to invite you to Islam. Please think about this before going to bed tonight. I strongly recommend you put any bias to one side and pray to God on this tonight.

May Allah bless us all further. Ameen