The name “Easter” has its roots in ancient polytheistic religions (paganism). On this, all scholars agree. This name is never used in the original Scriptures, nor is it ever associated biblically with the death and resurrection of Jesus Christ. For these reasons, we prefer to use the term “Resurrection Sunday” rather than “Easter” when referring to the annual Christian remembrance of Christ’s resurrection. – Christian Answers.

Some Christians however, see these adopted Pagan practises as sacrosanct, involiable, an essential part of the Christian tradition. This had unfortunately led to some violence in Tennessee where one outspoken group of Christian protesters were violently attacked.

Their sign was also torn apart in the incident: 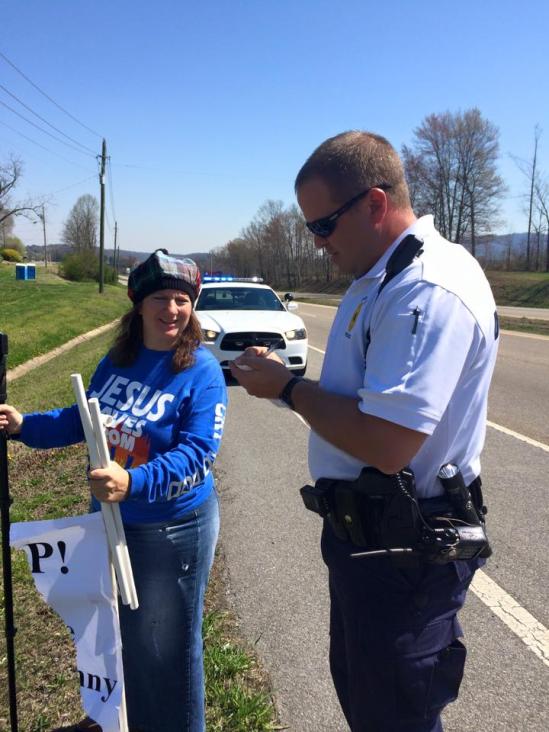 This was the sign before it was torn, there was also an Easter Bunny on a crucifix: 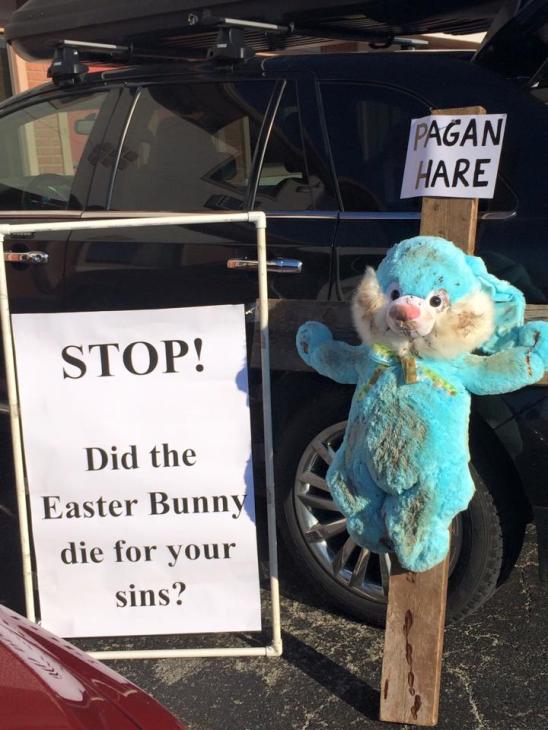 We applaud the efforts and risks that some Christians take when attempting to reform their faith and to remove its Pagan practises. We continue to pray that God guides these Christians to the truth, one step at a time, and that He protects them from harm and violence.