Polemicists and Evangelicals far too often misconstrue the use of Bart Ehrman’s materials by Muslims. The record needs to be cleared, because somewhere along the lines of inter-religious discourse, Bart Ehrman’s works are quickly becoming the pinnacle of Evangelical appeals to scholastic authority. Muslims do not use Bart’s works because of his views, which most Evangelicals would consider liberal to say the least. His agnosticism being based upon his views on evil do not translate well into Islamic belief about God, the fact that he left Christianity for agnosticism is not an Islamic ideal. 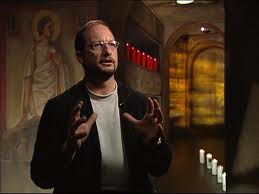 So why do Muslims use Ehrman’s works? The answer is quite less controversial than one would be looking for – he writes for mass market appeal. He isn’t writing books for use in a theological seminary, or for his academic colleagues, he’s writing it for the Divergent series reader, the Harry Potter reader, the whatever-is-popular-on-NYTimes’-best-seller-list reader. In other words, he’s writing for the casual reader who may be interested in Christ or the Bible. I’m not saying scholars don’t read his works, they do, and I’m also not saying that some Universities don’t use his books in courses, they do. What I’m saying is that those people aren’t his target audience, but the level of scholarship dedicated to his authorship means that his works can scale easily into the hands of the layman, the University student or a scholar.

The vast majority of Muslims don’t have any reason to bother themselves with understanding Christian teachings. Just as the average Christian isn’t going to dedicate their time to reading the entire Seerah an Nabawiyyah or Qasas ul Anbiya. For the Muslims who are interested in understanding the Christian faith, they are most likely to find his books accessible and easy to read, as well as understand. It takes almost no effort to find his books, they’re readily available in most bookstores, you don’t need a study guide or teacher to walk through his books with you, it’s easy to just pick one up and understand what’s written inside of it. There’s no secret that this is the honest answer as to why Muslims use Ehrman’s works. If we consider the popular works of other Christian authors, which one of them has the mass appeal and ease of use as any of Ehrman’s works?

How many Muslims are going to come across something by Immanuel Tov, Raymond E. Brown, K. and B. Aland? How many Muslims can sit and read E.P. Sanders’, “Paul, the Law and the Jewish People” and find it comparable in ease to Ehrman’s books? How many Muslims will even know his name? Not very many, not very many at all. Therefore, I find it quite funny to see some Polemicists and Evangelicals placing Ehrman on a pedestal of everything wrong with liberal Christianity or of critical Christian scholarship simply because Muslims read his works. If there was another Christian scholar that wrote on the same topics, with a similar writing style and ease of reading, Muslims would also purchase that work – but there simply is no other person doing this, so Ehrman is the go to guy in this case.

There are some in the inter-faith dialogue community who condemn Muslims for being hypocritical for accepting some views of Ehrman and not all of his views. Why should Muslims accept all of Ehrman’s views? His views aren’t part of Islamic teachings, and if he writes something that is somehow related to Islamic teachings and some Muslims want to adopt those views because of a correlation, then they are free to weigh which views are acceptable and which aren’t. Rejecting some of his views is part of the critical thinking process, it is far too infantile to generalize Ehrman’s views and dictate that Muslims must either accept them all or reject them all, that’s clearly an appeal to the fallacy of a false dichotomy. There is a third option, weigh what he says against Islamic beliefs and use them accordingly.

In conclusion, Ehrman is not the be all and end all of information on Christianity. He certainly isn’t for me, but his views, especially on the Bible’s preservation are shared by vast portions of the textual criticism community, even if Muslims had to disregard anything written by Ehrman there is still quite a significant array of literature and authors who agree with him that we can learn from. Therefore, we say to those who condemn Muslims for reading his works, it’s silly to focus on the man behind the work, the real problem lies with the information he makes accessible to the Muslim community, the Christian community and to the larger public. So, focus on dealing with the information and not the person. Far too many Evangelicals and Polemicists are zealous in their abuse of Muslims for reading his works, when most of them are unaware of what his works actually contain. What a sad state such people are in.

tagged with bart ehrman, islam, muslims, why muslims use ehrman